Home »Blog»Why You Are Not Successful 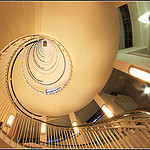 One day I was analyzing why I had not yet achieved success in my struggling business. I wondered why it was taking so long for the fame and fortune to come rolling in. I had a picture of where I wanted to be in my life, and I was slowly going around in circles, endlessly learning about internet marketing, book publishing, book marketing and product development.

My goal was to work from home with a full time income, but have flexible hours. I was a student of everything and anything about selling online and how to get my message out to greater numbers of people using this amazing vehicle called the internet. But I wasn’t seeing any real results. I would sporadically get a new customer, after many hours of connecting with people on forums or social networking sites. I would get some website sales because of the good SEO(search engine optimization) techniques I used to help people find me through a Google search.

So when I considered why I wasn’t reaching more people, I looked at my beliefs around success, money and hard work. I found immediately that I had a belief about having to work hard to achieve. When I realized that was a firm belief (it was evidenced throughout my life) I DECIDED I didn’t want that to be true for me any more. I created a new affirmation and began to work on it:
“Money comes easily.”
More income began to come in, but I still wasn’t receiving the level of success I had expected.

Then I finally realized something: no matter how many times I said the affirmation, it was stuck inside another belief that would make it impossible for me to receive what I wanted.

It was revealed so obviously once I stepped outside the belief and named it. I was stuck inside a continuous belief loop that said

“I am not successful yet.”

Every thought I had about how to ‘get’ successful reinforced the belief of lacking success now. 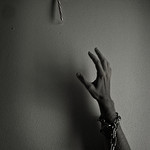 So do you see why you are not successful? If you actually have the question “how can I get more…?” you are holding yourself in a loop that will not allow you to be anything else. If you are chasing success, chasing money, chasing achievement then you are reinforcing that you are not there yet. It is a Lack Loop, and the only way out is your conviction that you are done with it.

In the moment I fully accepted my success, I became free; I looked at the small successes I had already achieved to persist and get where I was at that point. I said, out loud:

“I am already successful.”

I owned my success, without arrogance, justifications or expectations. I just claimed it. From then on, I became more patient as I took appropriate step-by-step actions toward each milestone in my business.

Sometimes our success is even held back because it looks too complicated to arrive, so I held the vision of myself as a successful businesswoman in meetings, doing taxes and accounts with ease and clarity.

I also stopped thinking of myself as a student and became an ongoing learner while recognizing that I had come far. I was an author, and needed to stop judging myself for not knowing everything I had to do in the future – an impossible place.  It’s important to ‘graduate’ from the student mentality and into the professional mentality so that you can accept your new Success Identity as Now, and “be” it before you “have” it. Then you’ll get clarity and confidence about what actions are appropriate next. Resistance to success is released.

Now, I have more enjoyment of each step in the continuing expansion of my business. I work from home, with flexible hours. I receive the money and the ways to unfold the next part of my business goals. And this business is my life’s work – sharing my message of freedom with conscious successful people – so I am already successful because I get to do this each day with more and more people. My success is a done deal. And that provides me with the mental tools for more, while accepting and enjoying the journey. 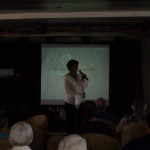